Invasive Plants in the District 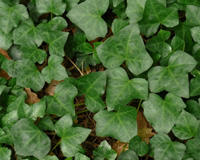 A comprehensive list of invasive plants that can be found in the District as well as in the Mid-Altantic region can be found here in this National Park Service publication:  Plant Invaders of Mid-Atlantic Natural Areas

In the last several centuries many non-native plant species have been introduced to the District of Columbia (DC) metropolitan area, a city with large forested parks.

Plants that are not indigenous to the Mid-Atlantic and that have become invasive are those whose physical and biological needs are met in this area. Their life cycles give them an advantage over native plants.

Invasive plants are generally exotic plants, brought to this continent inadvertently or purposely as cultivars. They lack natural predators and interspecies competition with plant species in the newly established ecosystem. These advantages let them out-complete, overgrow, and strangle native plants.

In Washington, DC, an urban area with large forested parks nestled against residential, commercial and private lands, invasives are a major threat to animal wildlife in the city.

Invasive plants in DC can reduce biodiversity by :