DOEE regularly tracks the District’s greenhouse gas emissions in order to measure our progress towards reducing emissions 50% by 2032 and reaching net-zero emissions by 2050. Greenhouse gas inventories identify the major sources of greenhouse gasses and measure how much they pollute. Major sources include energy used by homes and buildings, transportation, and solid waste.

We track emissions across the District using the Global Protocol for Community-Scale Greenhouse Gas Emission Inventories (GPC), as well as from our own government operations, using the Local Government Operations Protocol (LGO Protocol). The first District greenhouse gas inventory was completed for 2006. DOEE releases an annual inventory with data available for 2009-2019. 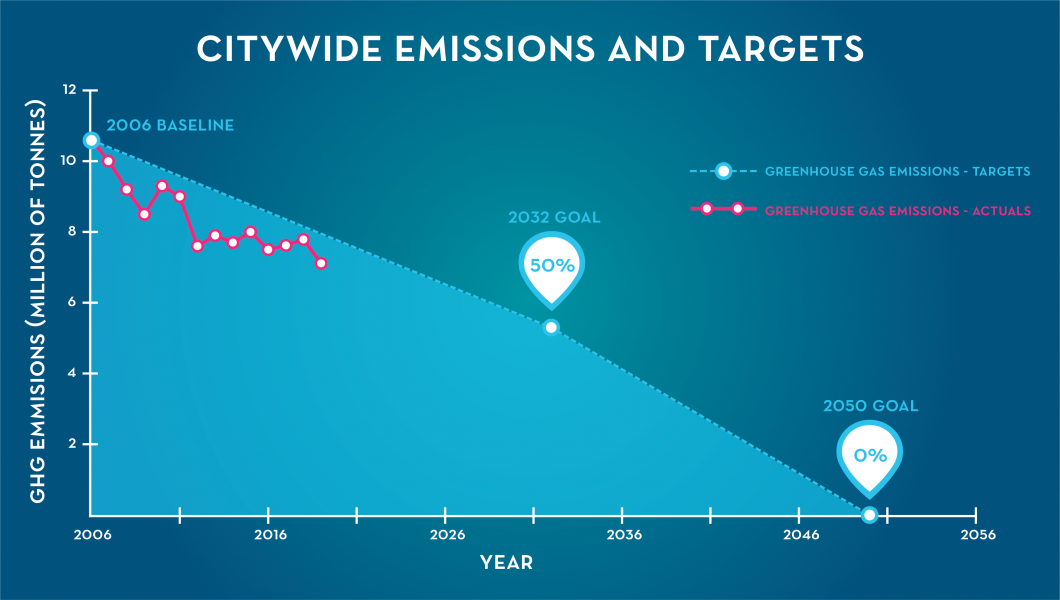 The District is on track to meet its ambitious goals to halve emissions by 2032, and to become carbon neutral by 2050. In 2019, the District saw a 31% decrease in citywide emissions compared to the 2006 baseline inventory. As of this most recent inventory, DC has met 63% of its 2032 emissions reduction goal, demonstrating strong progress towards our 2050 carbon neutrality goal. However, we still have a long way to go. The key drivers of emissions reductions between 2006 and 2019 have been the greening of the region’s electric grid (68%), decreased energy use intensity in commercial buildings (48%) and improvements in vehicle fuel economy combined with fewer miles driven per resident (15%). These changes have allowed the city’s emissions to fall even as other factors have put upward pressure on emissions, including the increase in square feet of building space (15%), population growth (12%) and a warmer summer in 2019 compared to 2006 (15%). The District’s Clean Energy DC plan, finalized in 2018, calls for ongoing local action to cut energy use in buildings, shift to clean energy sources, and shift the way we move residents, employees, and goods in and around the city, all of which will be critical to meeting these long-term goals. The District’s annual inventory will continue to record progress as the city continues to implement Clean Energy DC and charts a path to carbon neutrality by 2050 through Carbon Free DC. 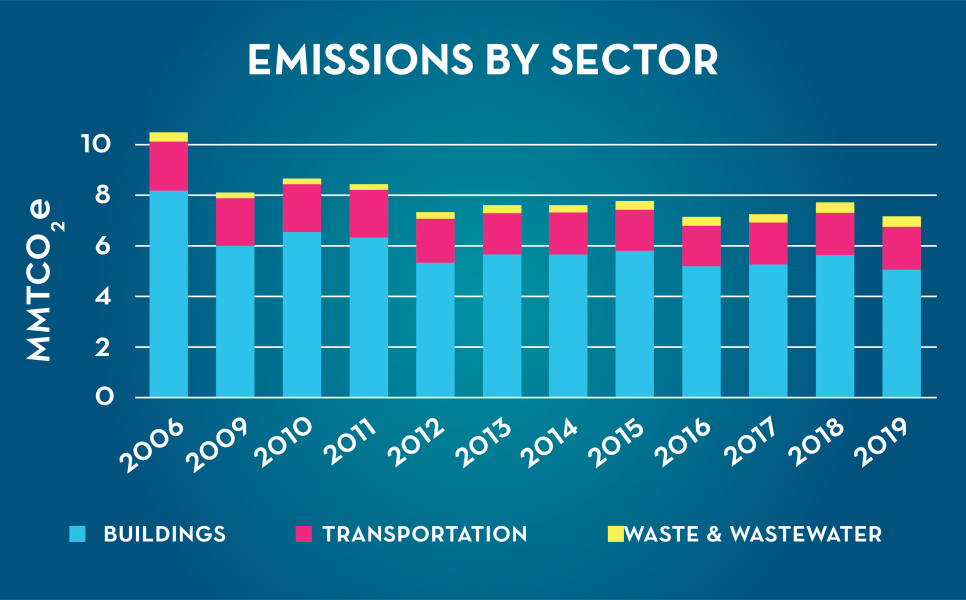 Emissions Sources in the District

The District’s greenhouse gas inventory tracks emissions by both source and sector: sources refer to the fuels that produce energy, and sectors are the main energy-consuming areas of the economy. In the District, emissions come from three main sectors: buildings, transportation, and waste. In 2019, buildings continued to be the main driver of citywide emissions (71%) followed by transportation (24%) and waste (6%). Within these sectors, the main sources of emissions are electricity (46%), natural gas (23%), and gasoline (20%). 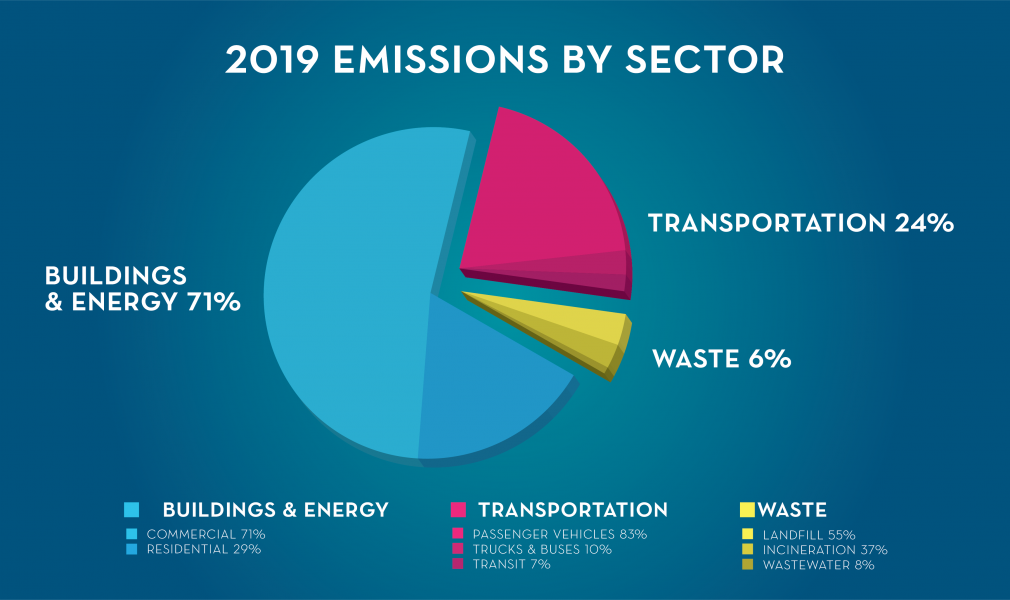