Lead and Your Health 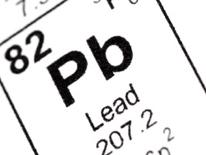 Lead is a powerful neurotoxin, which means exposure to lead can damage the brain. It can also injure other soft tissues and organs, can interfere with the formation of blood, and exposure to enough lead can even kill. Both children and adults are vulnerable to lead’s health effects.

Young children are most vulnerable to lead’s effects, because prior to age six, their brain and central nervous system are still forming and easily susceptible to damage. For an adult to suffer significant health effects, exposure to lead would have to be sustained and more intense. Most adults who are affected by lead have been exposed in an occupational setting, such as working as a house painter or in a battery recycling plant.

Pregnant women are at special risk, because the lead they absorb crosses the placenta and enters the fetus.

It’s important to remember that there is no known safe level of lead in a human body. The US Centers for Disease Control and Prevention (CDC) has set a “threshold of concern” at 5 micrograms of lead per deciliter of blood (µg/dL). This is why the District Department of the Environment has established a special program that offers a visit to the home of families of children diagnosed with a blood lead level at 5 µg/dL or above. During this visit, trained staff provide education to the family about how to minimize the risk of exposure to lead, as well as some dust testing, to see whether lead-contaminated dust might be present in the home.

Lead can be present in many places, both inside and outside the home environment. Most experts agree that the most significant current source of lead exposure is old paint in homes that have not been well maintained over the years. Similarly, when renovation, paint maintenance, or other repair work “disturbs” old paint, dangerous lead hazards can be created that cause immediate health threats. For these reasons, it is critical that paint be maintained in intact condition, and that any work that is done that disturbs painted surfaces be done in a “lead-safe” manner.

When lead paint deteriorates, it forms tiny particles that can be invisible to the naked eye. These are sticky lead particles that are difficult to clean up if you don’t use elbow grease. These lead particles are also created when old windows are opened and shut. The friction between their painted components generates the lead dust. Sometimes old doors can do the same thing, when they are grinding or bumping against other surfaces as they are opened and shut. Because young children like to play on the floor, like to put their fingers on window sills, and like to put their fingers and toys in their mouth, lead dust is the number one way that children get exposed to lead.

Lead in water can also contribute to a child’s blood lead level. The District of Columbia has had a well-documented history of problems with lead in its drinking water. Generally, those who are most vulnerable to lead’s health effects from exposure to unfiltered tap water are the very youngest children. For this reason, if you are not sure about the lead content in your tap water, it’s best to either use a filter that has been found to be effective for reducing or eliminating lead, or to use bottled water instead. If these options are not available to you, then it’s best to let the water run for at least two minutes before using it for either drinking or cooking purposes. Always use cold water instead of hot water for drinking and cooking.

When leaded gasoline was in widespread use in this country, the lead came out the tail pipe and was deposited in yards near the roads. That lead may still be in those yards. In addition, old lead paint from the exterior of homes may also have settled in front and back yards, contaminating the soil. For this reason, it’s prudent to get your soil tested, especially if you have a vegetable garden in your yard -- some plants can take up the lead from the soil. Also, it’s best to cover any bare soil, because children can get lead-contaminated dirt under their fingernails, and dogs can roll around and bring the lead-contaminated dirt into the home.

There are many other potential sources of lead exposure, including: